In sound work Tackled and Lost, genders and game codes are ‘mixed’ in a constantly developing hybrid of boys and girls, football and netball in a ‘game’ situation where they are in free play continually. There is no winning and losing: just a mixing, an opposing, a coming together, a breaking apart; all happening constantly in a free matrix which is the space of the imaginary ‘games court’.

In the piece, the listener ‘mixes’ the work themselves by moving around the space marked out between four speakers that represent each ‘player’ aurally combining and recombining their voices in an interactive, protean game of sound and movement. 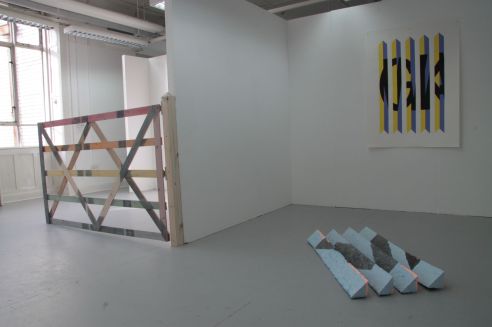 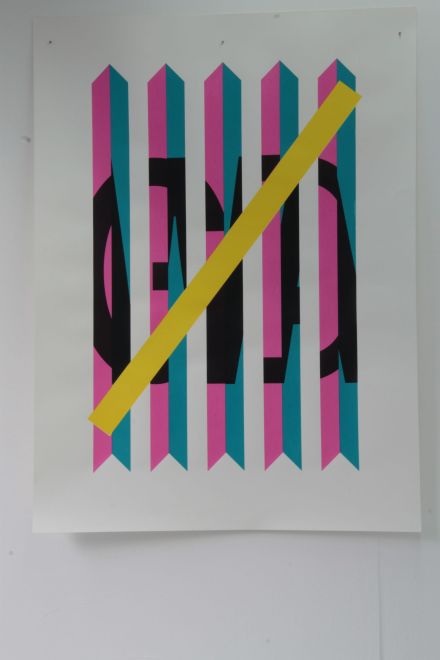 Common Ground is a space where opposites can interact and play in a free matrix exploring how binaries operate and under which conditions they break down. The artworks all employ the mysterious letter forms on the bibs of netball positions (WA, GD, C etc.) as only understood by the girls (as boys do not play netball).
The artworks act as players in a public space where different “language games” (Wittgenstein) are in free-play in one playground.

Deconstruction of Difference
“… common ground is the moment when a zero is in the act of changing to an one or vice-versa. The microscopic space of etched silicon that floods with electrons or empties out. A space of the inbetween that is needed by different ‘entities’ in order to differentiate and form identity. The inbetween space is the common ground. It’s both a space and a repeated moment in time. It’s the shared paper, screen and compressed air of speech where words differentiate and divide. Without it there is no system of difference. Without difference we are the same. The common ground allows for difference and therefore identity to be understood but it is also simultaneously a deconstruction of that difference. The interplay of this ensures that there is no stability in an identity based on difference. It’s the common seed that contradicts the rigidly different.”

Made for ‘Jetty’: an exhibition of works by Edward Bruce, Connie Liebschner, Louie Pegna, J.D. Kelly Building at the Glasgow School of Art, 15th February 2018. 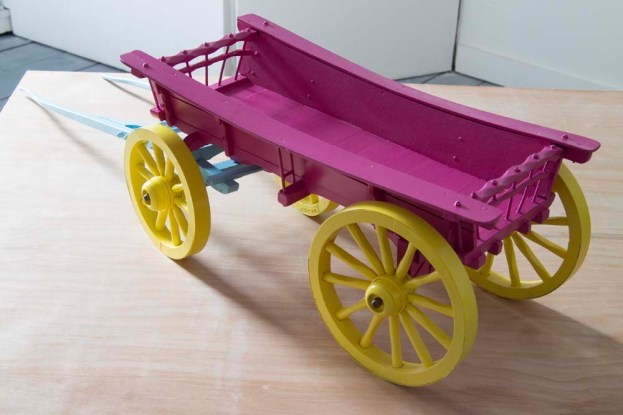 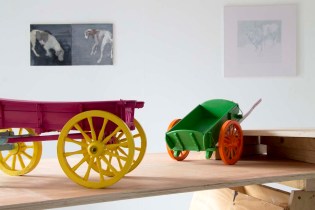 A pairing of two artists whose work references English country life transformed and disrupted by urban styles. Ian Mason re-forms the ‘dog portrait’ of the Kennel Club breeds. Edward Bruce re-presents model wagons and carts of heritage agriculture overlaid by urban pop art.
The work is united by the theme of the country show, where thoroughbred animals and things are judged and awarded prizes and where people come to honour pedigree and craftsmanship. Show Saturday examines the influence of the country on the town and vice versa. Wagons and carts traditionally painted in the ‘insignia’ of their county colours are altered by ‘pop art’ colour schemes, becoming strange hybrid forms of town and country.

Various model wagons and carts sourced on eBay and re-colour-coded.

A series of monotype prints that explore the architecture and melancholic mood of the platform ends of railway stations. The work evokes the memory of wandering up the platform of a provincial railway station while waiting for a connection. A solitary moment in a public space, an urban townscape framed by the dilapidated grandeur of its railway station and the poetry of departures.

The digital system (methods) of ringing bells (change ringing) is translated into colour coded blocks that reveal the pattern visually. Each banner is of a different method. They are: Bishop David Surprise Major, Grandsire Cinques with Covering Tenor, Stedman Doubles, and Little Bob Minor. They were rung at the opening by the Liverpool Cathedral Guild of Change Ringers under Ringing Master, Len Mitchell. Ringing Banners is a sonic and visual gesamtkunstwerk incorporating bellringing, weaving and architecture into one work. The banners were woven on a computerized jacquard loom by Herbert Parkinson Ltd. in Darwen, Lancashire, under the supervision of Heather Metcalf.

A caged off dead-end space in the basement of an old elevator factory, part of a group show with The Glue Factory Group, Oval, London.

Minimalist wooden site specific sculpture erected on a small strip of grass in the grounds of Northumbria University.